Now, based on the Bura wind, which some refer to as the Adriatic coast's most dangerous "unpredictable" wind, let's find the closest safe mooring spot. But first, here's some background information on Bura, the Wind:

When does the Bura wind blow?

Bura is without a doubt the most dangerous wind for sailing in Croatia, particularly for novice sailors.

Bura blows from the NNE, NE, or ENE (north-northeast, northeast, and east-northeast) directions, and it may be a very windy, dry, and chilly wind blowing from land to sea at speeds of up to 55 knots, which isn't enjoyable for even experienced sailors and professional skippers on sailing boats.

The first indicators of the Bura are a substantial improvement in visibility on the Adriatic and the formation of source clouds, or cloud towers in the sky, on the mountain of Velebit, as well as thin white clouds (caps) over the tops of coastal mountains.

When the air pressure decreases quickly, this is an indication of an oncoming Bura. Within six to 12 hours, meteorologists predict a pressure of five to ten hPa. The air pressure increases by two to three hPa after that, and the weather clears up from the north. Simultaneously, the temperature plummets.

While Bura's strength isn't always an issue, it will be tough to adjust to the gusts' rapidly shifting direction and unpredictability. Basically, unless you are an experienced sailor looking for a challenge, Bura is no pleasure to sail in - and even the wise wouldn't venture out if Bura is approaching 35 mph. With those unexpected wind gusts, it's just not pleasant. Bura happens suddenly and without notice in high winds. They reach wind speeds of 5 to 7 Beaufort, and in gusts, much higher. It has a top speed of more than 200 km/h. The short, steep waves, which do not even turn out to be exceptionally high, with a wave height of 1 to 2.5 meters, are unappealing to all skippers at Bura. 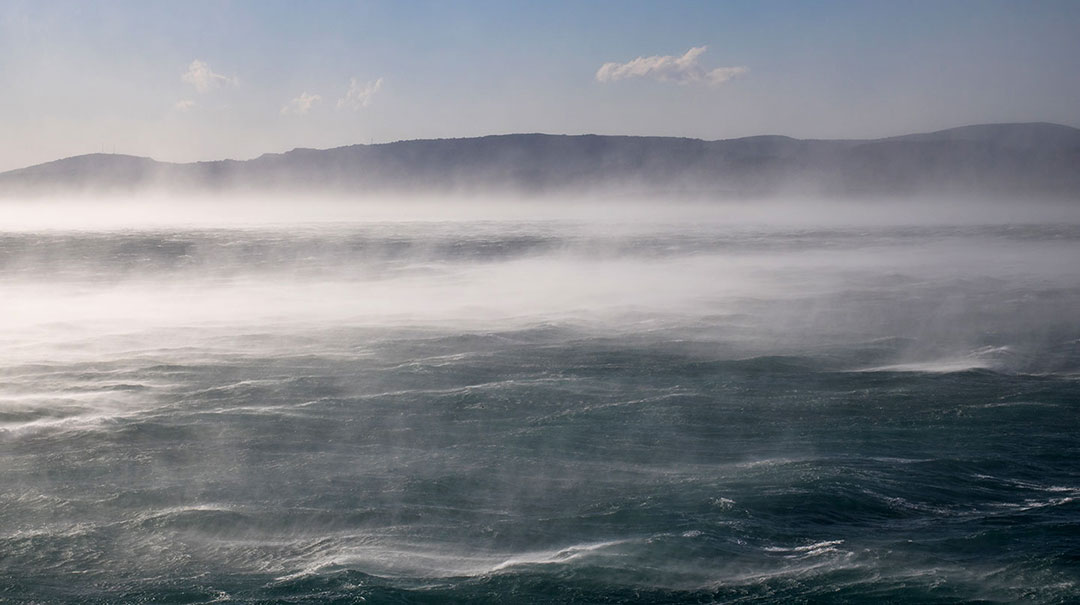 While meteorological forecasts indicate Bura's presence, she has been known to show up unexpectedly due to novice skippers failing to recognize her. If you're at sea and see thin white clouds forming above the summits of coastal mountains, you should head for a safe harbor. Bura usually lasts three days, and then on the last day around 12:00 -13:00 hours, the Bura Wind changes into the west wind Mistral or northwestern wind Tramontana, which is more stable and fun to sail and enjoy, but it will usually stop abruptly around 17:30-18:30, so if you enjoy sailing, you should make the most of it!

When it comes to the Bura, here's some sound advice: If you're sailing along the shore of an island facing the mainland and come across a zone with no vegetation, such as on the island of Pag, it's an indication that a strong Bura is blowing. As a result of the wind blowing seawater sprays down the coast, you should anchor on the southern side of the islands, where there are more hills and vegetation.

If you've been caught off guard by the Bura wind in the Zadar archipelago near our bases like Biograd Marina Šangulin or Marina Dalmacija Sukošan,
we recommend sailing into Soline bay: 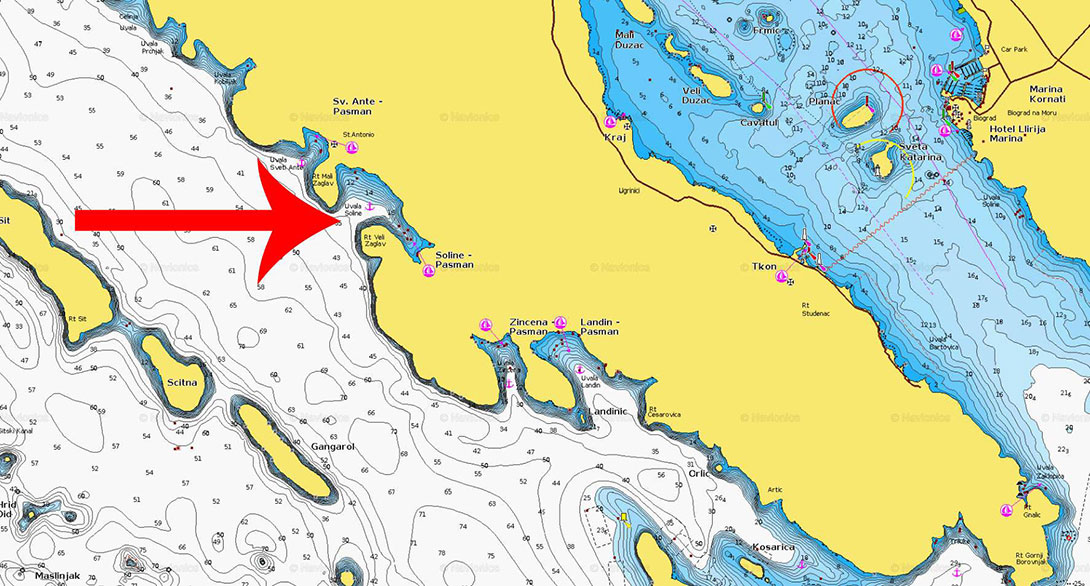 on the south side of Pašman island and anchoring on the left side of the bay, where you'll be better protected given the directions where Bura comes from. Links here:
https://boating.page.link/LnFgt7ByGrGRkLMfA
https://maps.app.goo.gl/sYUkGhBkYHE9Q6MUA

Garbage collection is included in the fee if you bring your buoy there, which is a good value. There are also a few eateries where you should feel secure till the Wind passes. The restaurants are both quite excellent; one is basic, with just two menu options: fish or meat, but it's still nice...the other has a more extensive menu.

But, GUYS AND GIRLS, our first and primary piece of advice is this: no matter how skilled a sailor or skipper you are, or at least believe you are: When Bura smacks you in the face: REMAIN AT THE MARINA!!!