Nautical Advice for Waves While Sailing in Croatia

Navigational skills for sailing and manoeuvring waves while sailing in Croatia

Waves in the Adriatic can typically reach heights of between 0.5 and 1.5 metres in height. They rarely reach heights greater than 5 metres. Even though they are not exceptionally high, the waves in the Adriatic may make travelling in smaller boats quite uncomfortable and even dangerous. Even if the waves caused by southern winds like Jugo are taller than those caused by northern winds like Bura, this does not necessarily suggest that southern winds provide a more significant threat. The highest wave height ever recorded was almost 11 metres (10.87m) in 2019, which Jugo created, and Bora caused a wave of a maximum height of 7.2 metres.

How to sail in more turbulent seas?

Match the speed and angle to the wave! Regarding bigger waves, some yachtsmen advise sailing directly into the wave, others at an angle of 45 degrees, some advocate faster sailing, and others slower. Creating only confusion for some newbies, please let us give you some fundamental tips for sailing in stronger waves sea ​​and a couple of warnings about the most common mistakes.

Larger waves in wider channels do not necessarily mean worse sailing conditions; on the contrary, when such waves enter narrower or shallower channels and pass or encounter a stronger current in the opposite direction, they can be much more unpleasant. 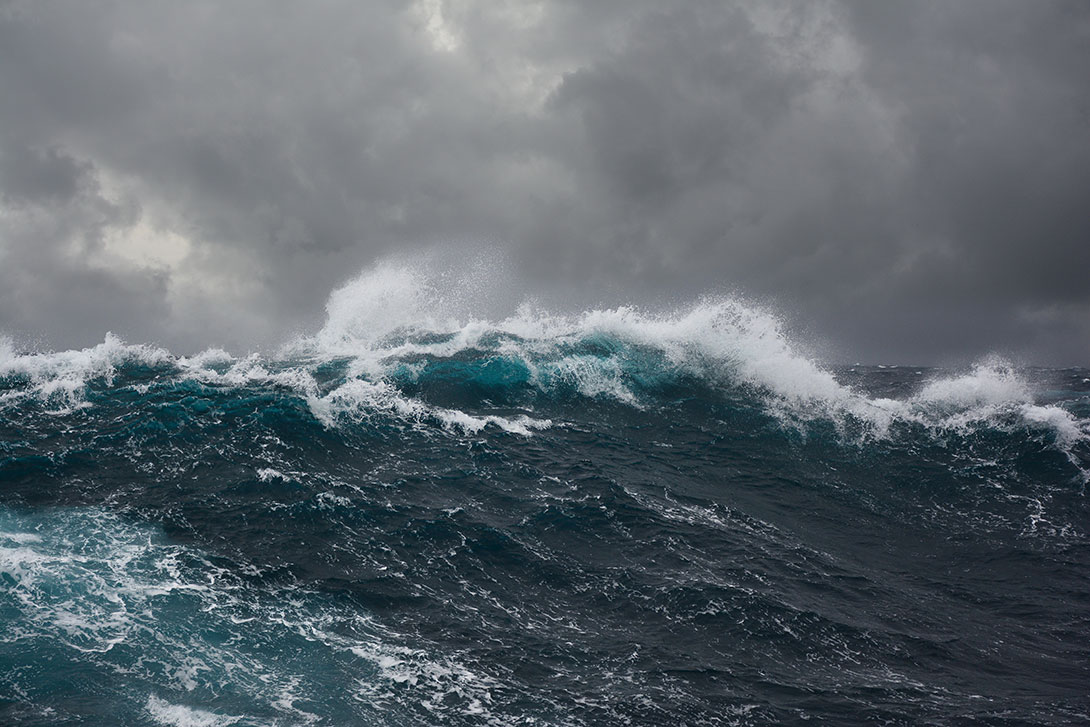 Manoeuvring tips for your sailing vacation in Croatia

There are several positions in the Croatian Adriatic Sea where such currents can be substantial. In sailing, short and steep waves are the most unpleasant, and in wide channels and the open sea, such waves only appear when the wind increases because then the height of the wave grows faster than the length, and when their size matches the wind speed, then they are moderately stretched and more they are not steep.

So, it's good to know that uncomfortable sailing in short and high waves can only last for a while, while the wind increases, and when it stabilises, the waves will stretch out, and further sailing will be more comfortable.

Your boat's stumbling over the waves will slow it down. 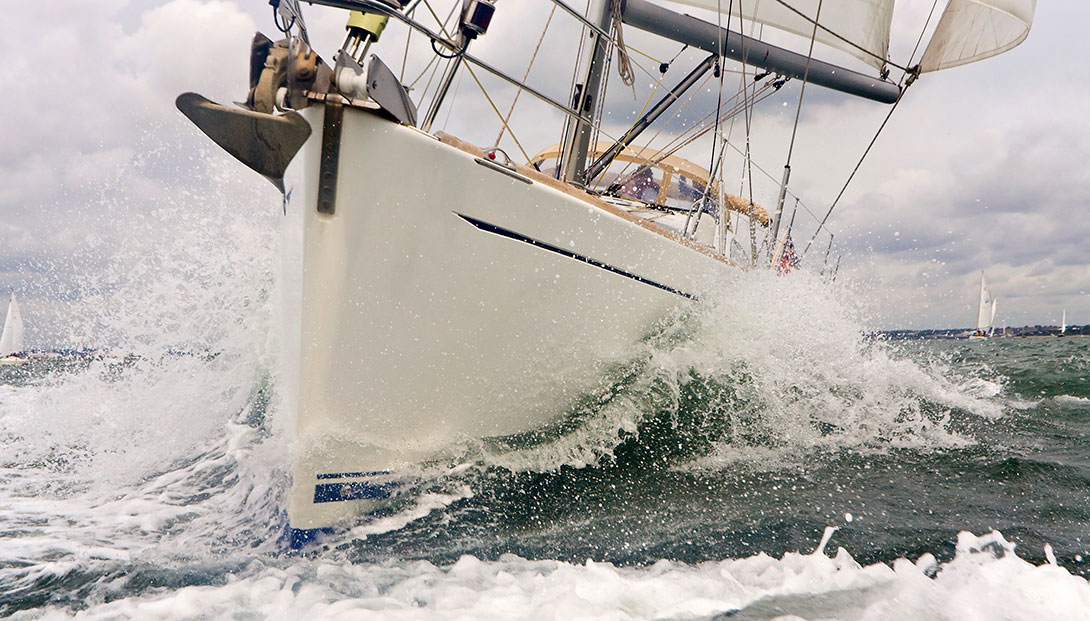 The best speed for a smaller boat with an overall length of 8 metres is between 18 and 20 knots; at this speed, you can sail directly into the wave until you feel a significant stumble that causes you to slow down. A more significant wave first raises the bow, and when it passes, it raises the stern so that the bow dives into the valley of the wave and the boat slows down. Then the shape of the wave and the vessel's speed is in an unfavourable relationship, so it is necessary to change the speed.

In the case of shorter distances and some emergency cases, you can increase the speed, and in all others, you should decrease just enough to alleviate stumbling.

By increasing the speed, the boat breaks through the wave faster and hits the next wave more forcefully. If these blows become too strong, you have to reduce the speed.

By reducing the speed, stumbling is also reduced, and if the sailing is still unpleasant, it is necessary to change the course by some 15 to 40 degrees. When this happens, the ship's stumbling transforms into side rolling, reducing stress on the vessel's structure and allowing you to boost its speed.

Nautical advice for waves while sailing in Croatia 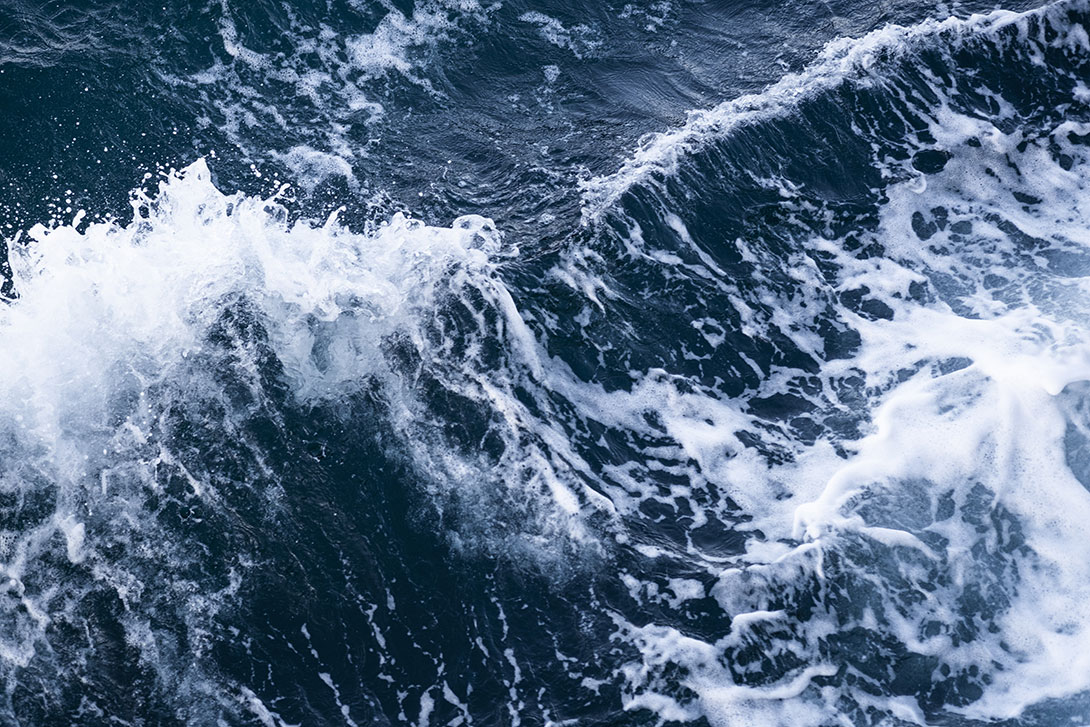 When waves moving at different speeds meet, they form sets or groups, making every few waves more significant than the others. A typical example is a fast-moving swell that interacts with a wave made close to the shore or in narrow passages with shallow waters. In deep water, the swell may not be very big, but it gets bigger as it moves toward shallow water. The biggest wave happens when the tops of both the swell and the local wave reach the beach simultaneously. Depending on how far apart the two waves are or how long each wave lasts, the third or higher wave might be the biggest.

Advice: Watch out for the third wave!

When cruising, the loss of speed is less than when stumbling, but it is unpleasant for the crew, so finding the optimal relationship between speed and angle to the wave is necessary.

It's an ideal ratio when you don't feel a heavy load on the steering wheel. And finally, one piece of advice. With a constant wind, the waves are uniform, however, due to the accumulation of the water mass, the third wave, the so-called third wave, is more significant, and an interval of slightly calmer waves follows it. Sharp manoeuvres or sudden direction changes are best and easiest to do immediately after the third.

Learn to handle the waves and enjoy the thrill of sailing.

Sailing in the waves has challenges that require a certain amount of skill and feel for steering the boat, as well as knowledge of navigation and navigational aids. But if you know the basics and how the different types of waves work, riding the waves can be a once-in-a-lifetime experience. As is always the case at sea, you need to be well-prepared, know your strengths and weaknesses, and avoid putting yourself in danger when it's not necessary.