How to plan a Zadar sailing route with a lot of time for swim?

How to plan a Zadar sailing route? (with more stops and time for swim?)

In this route, the Central Channel, our main area is a maritime area bordered by islands Ugljan and Pasman on the northeast side and Dugi Otok, the Sit and Kornati islands on the southwest side. In the north, it starts from Zverinac, Rivanj, and Sestrunj; in the south, the Murter Sea extends from it. Within the Central Channel, there are smaller channels named after their islands.

This Zadar sailing route is a more friendly cruising area

A more friendly sailing route would be to sail only the northern part of the Central Channel. It is nautically simpler, compared to the south, around the island of Sit, where there are many rocks. Moreover, from the point of view of weather phenomena and winds, it is undoubtedly one of the friendlier areas of the Adriatic. However, the south wind blows with considerable force, intensified by the direction of the canal, but the typical summer winds - the mistral and the bora - are never so strong. Ugljan Island protects the route from the bora and the mistral; on the other hand, it never achieves an unpleasant force in the Middle Channel, such as the mistral characteristic of the wide southern Adriatic channels.

However, we must not forget that the entire central Adriatic (and especially the part between Sedmovraća and Kornati) is on one of the usual routes of summer storms. They arrive from the west, and the high coast of Long Island can cover up their arrival until the moment when it may be too late!

At the beginning of this route, you cross the Zadar channel to the eastern entrance to Sedmovrace; (Sedmovraće is called the Sea area between the islands of Molat, Tun Mali, Tun Veli, Zverinac, and Dugi Otok). On the first day, you can find an anchorage with buoys in the Brgulj Bay, at the island of Molat.

The next day, you can make a short jump to the bay of Pantera, at the very top of the inner side of Dugi Otok Island, where buoys exist. Moreover, you can visit the village of Veli Rat, where there is a marina, shops and several restaurants, and spend the day swimming and walking to the lighthouse Veli rat.

So, worth a visit are two suggested harbors: Bozava or Zverinac. Božava is livelier, and it turned to tourism many years before the boom of nautical tourism. While Zverinac is quieter more modest, maybe that's why it's more attractive to someone. Whichever way you decide, sailing to them is the same in both cases.

When you enter the Zverinac channel, you have to choose to steer a little further to the left if the destination is Zverinac. Because it is important to mention when leaving the marina Veli Rat or Port of Solišćica, you cannot pass through the narrow passage between Cape Borji (Dugi Otok) and the islet of Bršćak! The next pass between Bršćak and Golac is only 3 meters deep, so if the sea is not completely calm and transparent, it will be better to pull another half a mile to the north and only then, around the island Golac, turn south. https://webapp.navionics.com/#boating@12&key=slslG_iuyA

Another mile further, sailing towards the Zverinac Channel, you will come across two underwater cliffs marked with crosses on the map - on the one closer to the middle of the channel, there is a pillar with light (white flashes, 2 in a row). The unmarked cliff is hidden on the side towards Dugi Otok! 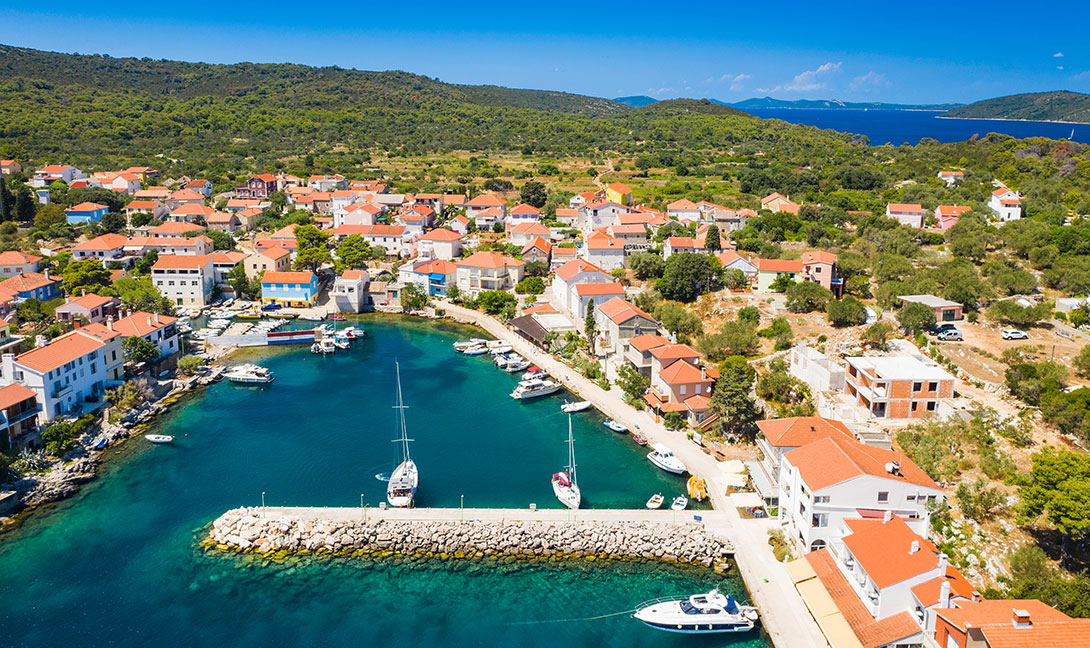 Those who like walking will be interested to know that from Božava you can cross the two and a half kilometers long path, which starts from the base of the port to the further side of the island, to the town of Soline, which is located at the base of Solišćica Bay.

Several hundred meters out is one of Croatia's most famous sandy beaches, the popular Bay Sakarun (Saharun), which you can visit this way if you are willing to hike.

This beach is described in every article online when rating TOP5 or Top10 Croatian beaches. Moreover, its photos and images you will stumble upon in almost every article or blog online that describes Croatia's most famous beaches. The distance from shore makes it even more attractive as it's not so crowded even in the summer high season.

The central channel stretches south between Ugljan and Dugi Otok. Still, soon, in addition to the smaller islands of Iž and Rava, two smaller passages will separate, the Iški and Ravski channel. If you choose the westernmost Rava channel, you will be able to select a destination for your next stay between several ports and coves on Dugi Otok or Rava. 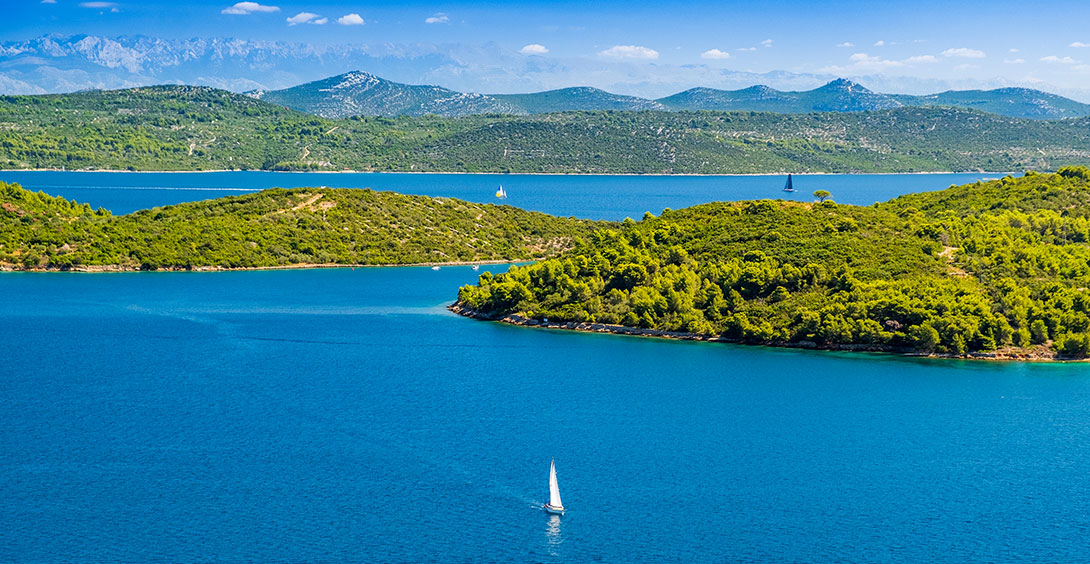 The Iška channel leads between the uninhabited coasts of Iž and Rava, and along the main sea route, the Middle Channel between Ugljan and Iž, you will reach the ports of Veli Iž (where the marina is) and Mali Iž.

It is a part of the Adriatic where many boaters are just rushing in wanting to get to the famous Kornati in the south, but once they get to know, they realize that this is an extremely interesting area. South of Božava on Dugi Otok, you can find several smaller and larger bays. The first beautiful bay is Dumboka. A bit further south is an anchorage under Mali and Veli Plantak. In the bay Bokašin is an abandoned submarine base. Finally, another 2.5 miles away is one of the most beautiful anchorages in this area: Lučina Bay. Here, you can stop on a buoy for a swim. Lučina is the northern port of Brbinj, so there is a ferry port in its southeastern part.

Further south, the coast of Dugi Otok is steep and inaccessible.

However, the Rava Channel will soon begin with the indented Rava, which awaits you with its four beautiful bays, interesting even for a more extended stay.