How to release a Stuck Anchor on your Sailing Holiday in Croatia?

YOUR ANCHOR IS Trapped ON THE BOTTOM of the sea bed!
So, What Next? How to Free an Anchor That's Been Stuck?

There are few more frustrating things than struggling with an anchor that fails to unshackle from the bottom of your preferred anchorage. You decide to put the boat at anchor in a beautiful bay for a while, but when it's time to return to the surface, the anchor won't move. That snagged anchor isn't a big deal. To free an anchor that has become snagged, follow these instructions on how to manoeuver using the boat. In addition, here are some tips that might save your day and even your anchorage:

First: Anchor Right from the Start

The anchor is what keeps the boat from moving away, but the vessel can move around the anchor depending on how much rode (anchor line) is used. So the ship can move 360 degrees around the anchor point, and it will. Before you drop your anchor, think about the following: 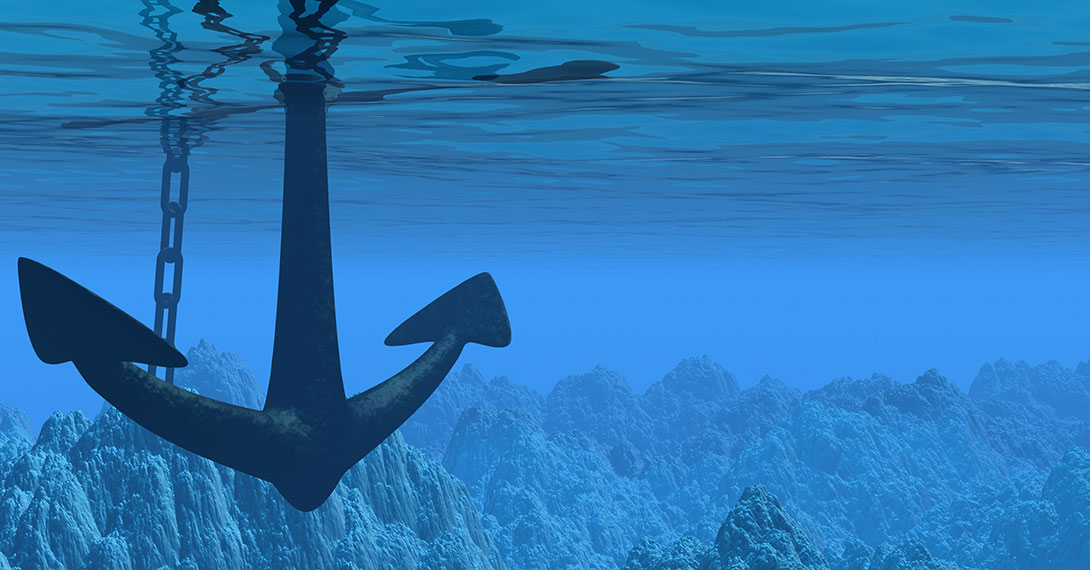 Here are a few ways to get a trapped anchor out of the water:

Approach 1: Use the boat's natural movement to pull the anchor free.

First, pull the anchor line to put the boat's bow right over the anchor. Next, wrap the anchor line once around a bow cleat and draw the line tight to make a tail. Don't cleat it off if you need to let go of the line quickly as the boat moves. As the boat goes down to the bottom of a wave, tighten the line. When the next wave starts to lift the boat, the upward force might be enough to pull the anchor free. If it's rough, watch your fingers. At the top of the next wave, the hook might fall off when the boat rises.

Approach 2: Move slowly into the wind or current to pull out the anchor.

Once a boat is at anchor, strong winds and currents are the main things that will move it around. When this happens, the anchor can get stuck in a hard-to-reach place, and it takes careful manoeuvring to get it out. If that doesn't work, cleat the anchor line at the bow while the boat is still right over the anchor and slowly move forward into the wind. This will pull on the anchor opposite to how you set it. Keep going forward until the anchor comes loose.

Use an anchor retrieval ring and buoy to lose your fouled anchor.
Anchor Retrieval Ring
This system uses a ring, and a buoy as a pulley system to move the anchor rode down. The boat's weight and the buoy's buoyancy work together to free your anchor and float it to the surface. Just hook this to your anchor line and drive at a 45-degree angle past the anchor. Keep moving until the anchor ball rises to the surface of the water. At this point, it's easy to bring the anchor back. When the ball's buoyancy is combined with the boat's pull, a hard-to-move anchor can be moved. Keep moving forward until you see the anchor ball behind you breaking the surface. At this point, it's not too hard to pull it in. Even if you use this method, the anchor might still be stuck, and you might not be able to get it out.

It would be best if you were always very careful when driving a boat attached to an anchor. Moving forward while the boat is still connected to an anchor line that could be stretched out at the bow would be silly. You should cleat the line at the stern before trying anything other than the idling rpm. It would be best to never let the stern swing out into the waves or a strong stream. There are times when the anchor doesn't want to move. If the anchor doesn't come out, you can float the line and try again later or cut it short with a sharp knife with a serrated edge. This will stop other boaters' propellers from getting caught on the rope.

If these don't work and your anchor doesn't have a trip line or an anchor retrieval system, you can either grab a snorkel, dive in, and find the anchor underwater or cut the line and leave the anchor.

You've Lost the Line, Now What?

If the line separates from the boat, the first thing to consider is how safe you are now that the vessel is no longer anchored and free to wander. If this happens, buoying the end of your line will make it float and easier to retrieve. If the water is too cold or deep to swim in, it's best to abandon them, and you might have to give up your anchor at this point.

10 Essential Items To Include In Your Boat Charter Packing Checklist

New Arrival for Yacht Charter - THE BALI 4.3 MY POWER CATAMARAN