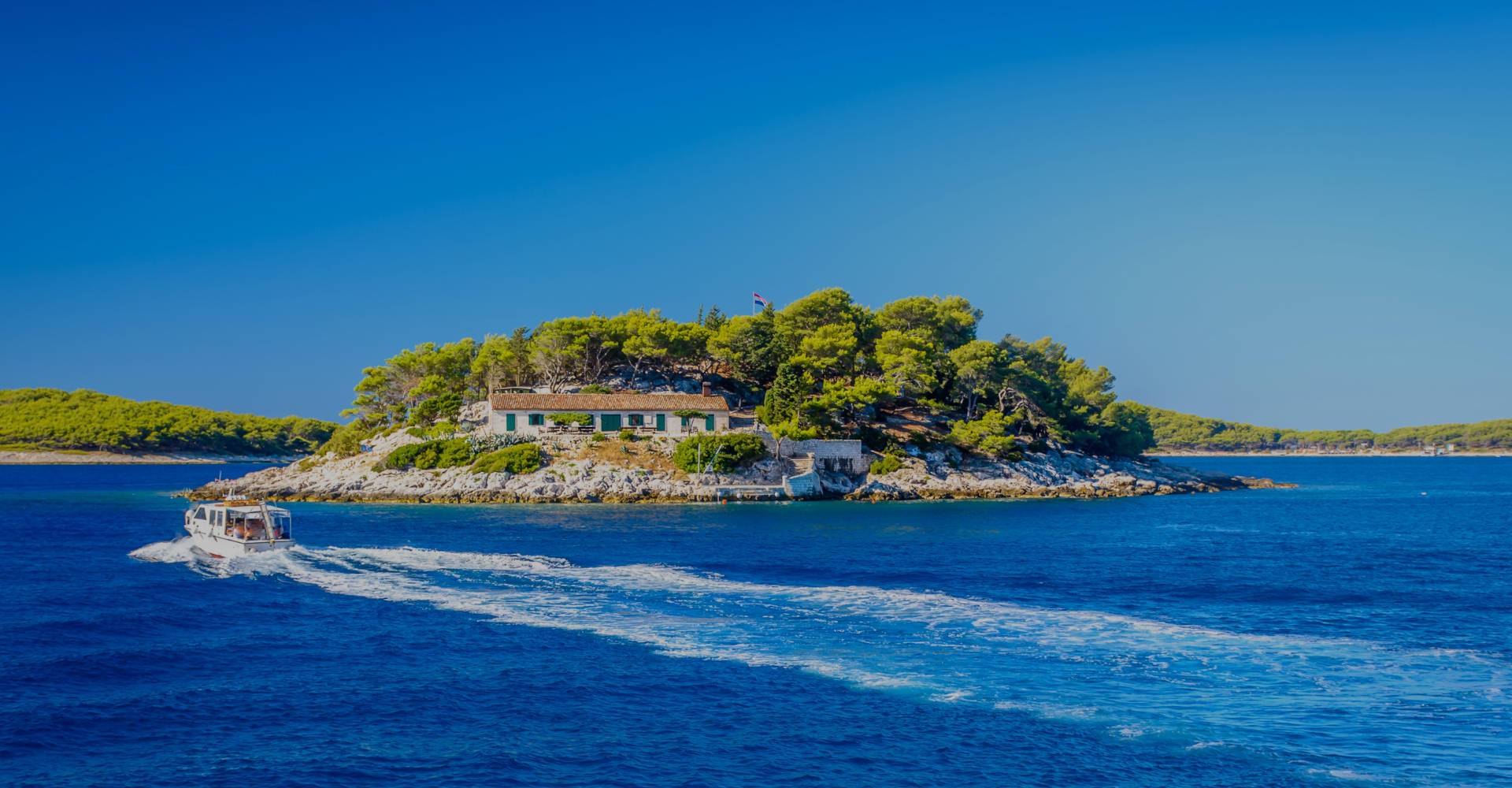 Important things you should know

There are some important things that you should know about the Split sailing region. These things will help ensure that you explore the Split region and its surroundings in the best possible way.

What currency is used in Croatia?

Many people are confused about the currency of Croatia and tend to think that the country’s currency is Euro. The currency that is used in Croatia is Kuna. Typically, it is known as Croatian Kuna.

Some places in Croatia also accept the Euro. However, it is not the country’s official currency. In addition to this, you can also purchase the Croatian Kuna online.

What to take on sailing holidays?

The sailing region of Split is mesmerizing and has a lot of activities that you can do while visiting since this sailing region is surrounded by aesthetically pleasing islands. The bays here have calm, and shallow turquoise waters that make you forget all the worries of your life.

However, you’d not want to visit the Split sailing region without packing the most essential things. Some of the things that you should take for sailing holidays are:

Most of the sailing in the region of Split is done in the summertime because of its favorable Mediterranean climate. Hence, you should pack your most comfortable summer wear.

You should also take some of the basic medicines with you especially if you’re a person that takes some prescribed medicines. You don’t know whether they would be available in the sailing region or not. You should also carry a first aid kit for small injuries, and accidents.

While on a sailing holiday, you’d want to take as many pictures as possible from your phone to make your trip memorable. For this reason, you might need to take a waterproof case for your mobile phone, so, that your phone remains protected from the splashes of water. 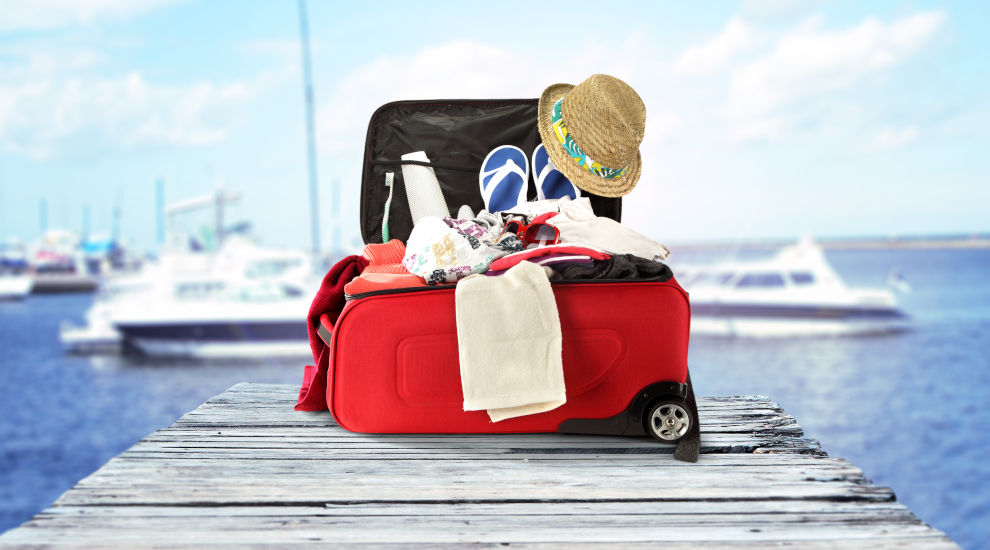 Sailing can be slippery, and this can hurt you. For this, it is recommended that you should carry deck shoes or flip-flops on your sailing holidays.

The Split sailing region has a Mediterranean climate, with a lot of sunny days. Since sun can be tricky, especially during summer, it is recommended that you should always carry, and apply sunscreen on your sailing holidays.

You should also take your soap, shampoo, and other essential bathing items on your sailing holidays with you. 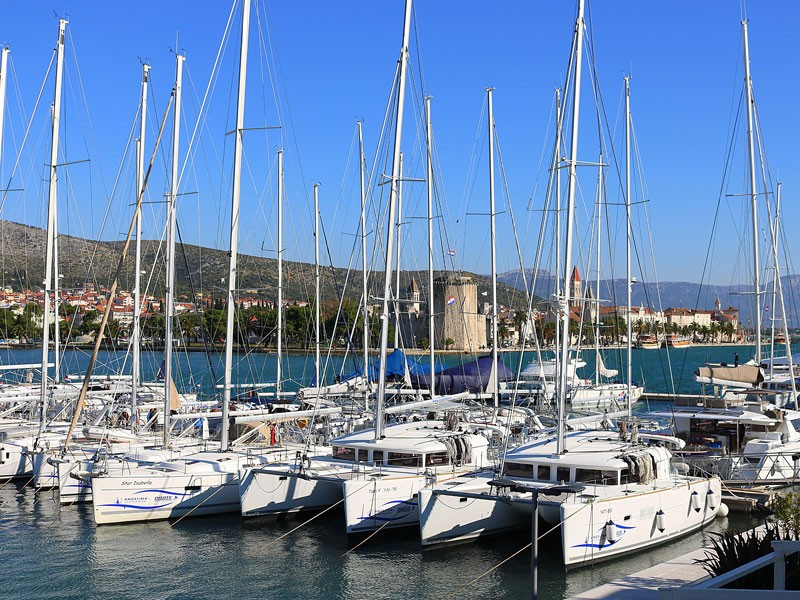 Marina SCT Trogir is one of the popular marinas in the Split Sailing region. The marina has 5 main anchors, and space for 256 boats which are 12 to 25 m in length. Moreover, the yachts, catamarans, and motorboats all have high-grade facilities. 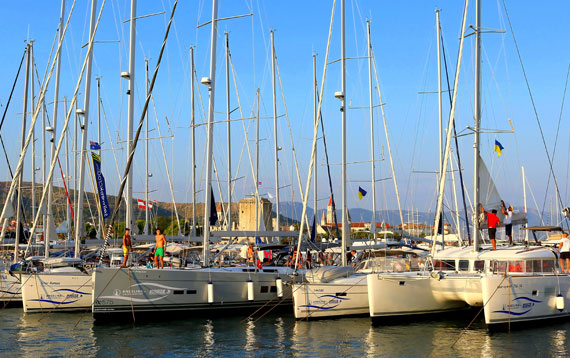 Marina ACI Trogir is one of the popular marinas in the Split Sailing region. The marina has over 160 yachts with some amazing facilities, that include electricity and running water connections. The ACI Trogir has an exchange office, where you can exchange your currency.

How to get to our bases in the Split region?

There are many convenient ways in which you can get to the bases in the Split sailing region. They are:

By Plane One of the convenient ways in which you can reach the sailing region of Split is by plane. Split airport is one of the nearest airports in the Split sailing region where you can land. In addition to this, Croatia Airlines also offer some flights from Zagreb. British Airways also provide a route from London Heathrow to Split.

Easyjet also offers flights from London, Luton, and Manchester to Split. If you want to come to the Split sailing region from Ireland, you can also choose Ryanair airways.

By car It is easy to reach Split by car since the new highway A1 is finished long time ago and it is easy to navigate taking several roads. From Zagreb to Split by A1 it will take you less than 4 hours.

By a ferry Another way in which you can reach the sailing region of Split is by ferry. Many ferries take people from Ancona, Italy to Split. There’s also another ferry route that is from Civitanova Marche to Split. By choosing these two ferry routes you can easily reach the bases of the Split Sailing region.

The church of St. Lawrence holds great historical value in the city of Trogir. The church has a tomb of St. John. Due to its Gothic art style, the church is on the UNESCO World Heritage list. The construction of the church began in 1123 and ended in 1251. Many forms of modeled art make this church a place to surely visit.

Krka National Park was founded in the year 1985, and since then it had been visited by many tourists from all around the world. The national park has a hypnotic waterfall due to the Krka River. The park also has the magnificent lake Visovac, and an island in between, which makes Krka National Park a must-visit place.

Zlatni Rat beach, in Brač island, is another attractive site that you should visit near Trogir ACI. The beach consists of white sand, with deep-blue, calm, and shallow turquoise water. Due to the powerful windy yet refreshing waves, this beach is an ideal place for kite surfers. 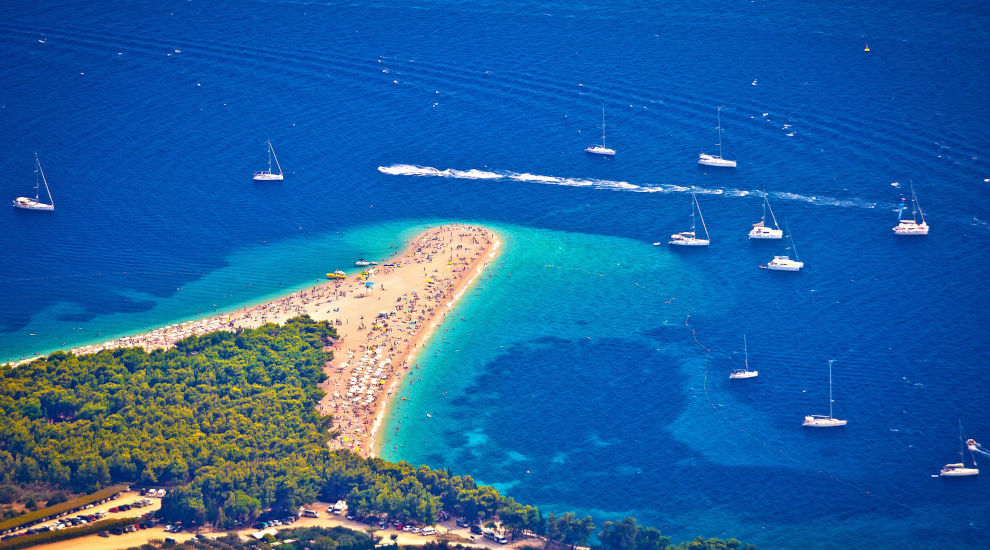 The St. Mark tower is a 15th-century structure. The walls of this tower are about 3m thick. The purpose of such thick walls was to protect the tower from sea fire. It is also known as the home of Dalmatian music. The tower has two floors, the lower one, and the second one having casemates while the top part of the tower was as a defensive part during the battles.

Vidova Gora, on island of Brač, is the highest point of all the islands present in Croatia. The height of Vidova Gora is about 778 meters above sea level. One can reach here while walking on foot by starting their journey from the city of Bol. It can be reached by car, bus, or motorbike since the way is not too long or difficult.

Throughout the way, you can get amazing views of the city of Bol, and the neighboring island of Hvar. If you decide to reach there on foot, be mindful that you may find it a little difficult while you are walking.

This castle was built between the 14th or 15th centuries. The Kamerlengo Castle is the point from where you can see the whole of Trogir and Port Promenade. Moreover, different cultural and traditional events take place in this castle. In addition to this, it consists of three towers and a courtyard. Thus, this place must be visited by anyone who is near the Split sailing region.

What language is spoken in Croatia?

The language that is spoken in Croatia is known as Croatian. The Croatian language is a Slavic language. However, you can always learn some basic terms of the Croatian language before going on your sailing holidays. This will help you to communicate more effectively with the locals.

In addition to this, there are many bilingual people in Croatia, with most of them being in Zagreb, and Split. Zagreb and Split are the two main tourist destinations in Croatia, and that is why you can find many English speakers there.

Check out our special offers and discounts for yachts available for your relaxed charter vacations in Split Sailing Region. Contact us if you have any questions or if you’d like to take advantage of our special offer.

Dufour 48 catamaran | MAKE ME YOURS